Driving in the Rain

Dec 30, 2012
We left La Push Washington at about 10 this morning. The park we stayed in was a beautiful place looking out onto the sea. The wind was howling and the rain was pelting and it was quite cold. Still, LaKisha and I took a little walk on the beach. The area we walked was littered with driftwood logs and very mysterious looking. Some of the logs were 5 or 6 feet in diameter. It looked like a prone forest of leafless limbless tree corpses. There were small tide pools here and there between the logs. I tried to avoid the pools but LaKisha just walked through them like they were not even there. The surf was crashing and the wind blew plumes of spray into the air from the tops of the breakers. Looking straight out at the sea it appeared the sea was higher than we were. The fact that we did not get swept away was evidence that it was a mere optical illusion, but the first look was a bit startling. My mind said tsunami and my life quickly passed before my eyes. But we made it back to the van and as I said we left about 10am.

The park we stayed in was about a mile from La Push so we decided to see the town briefly before we headed south toward Oregon. The town is actually a small Indian reservation of the Quiliete tribe. They must be a fishing community as the only thing there was a tiny harbor with a few fishing boats tied up. There was what appeared to be a net shed and a boom for unloading the catch. There may have been 50 homes, mostly trailers, mostly rusted and moulded, a few wooden shacks and a few little square stick frame houses. Lots of dogs who seemed happy and well fed. I was starting to be a little depressed. Then I began to think about it. Why do I believe that, because someone’s house is small and a bit shabby in appearance, the people are somehow less fortunate than me. Maybe the things they value are different than the things I value. Perhaps it is enough having a roof to keep the rain off, sound walls to break the wind, and a fire in the stove to keep the chill out, fish and beer in the belly, and, wait..what’s that I see? Satellite dishes everywhere. They have satellite TV! Ball games, movies, American Idol! Low or no rent! Low stress, a view of the sea! I think I want to move here. I wonder if I could pass for Indian.

We decided to try making it to Lincoln City Oregon today. The rain and wind made sightseeing difficult and not so much fun, so we drove. I’m sure there were some wonderful sights to see, but the rain and mist and fog made it a bit obscure. We drove through the day and a short time into the night. We faced sleet, snow, rain, curvy mountain roads, eye strain, and shoulder tension, Aside from that it was a nice day and we pulled into the casino parking lot about an hour after dark. About a half mile walk and forty steps down to the casino for just a bit and then the same half mile back and 40 steps up to the van and we were ready to sleep. The photos below are of La Push. 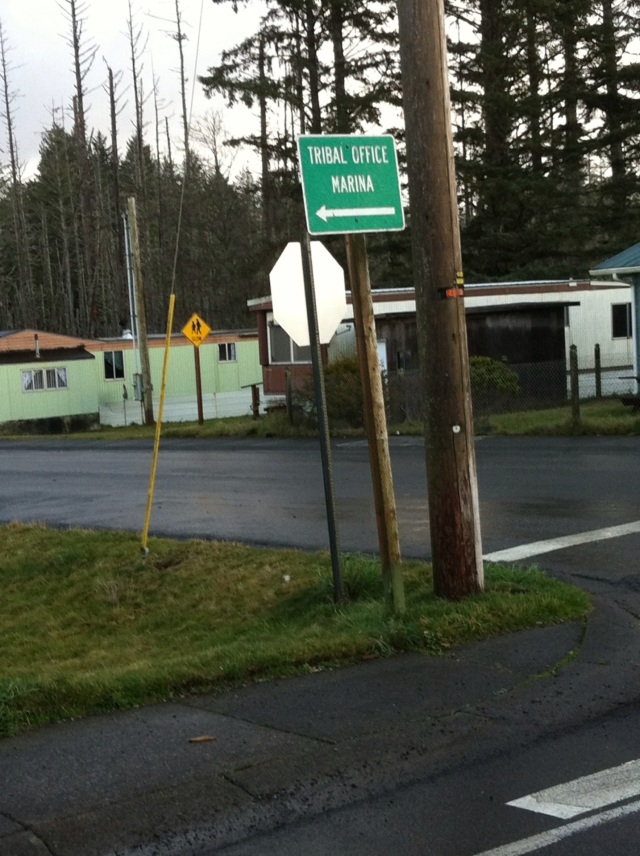 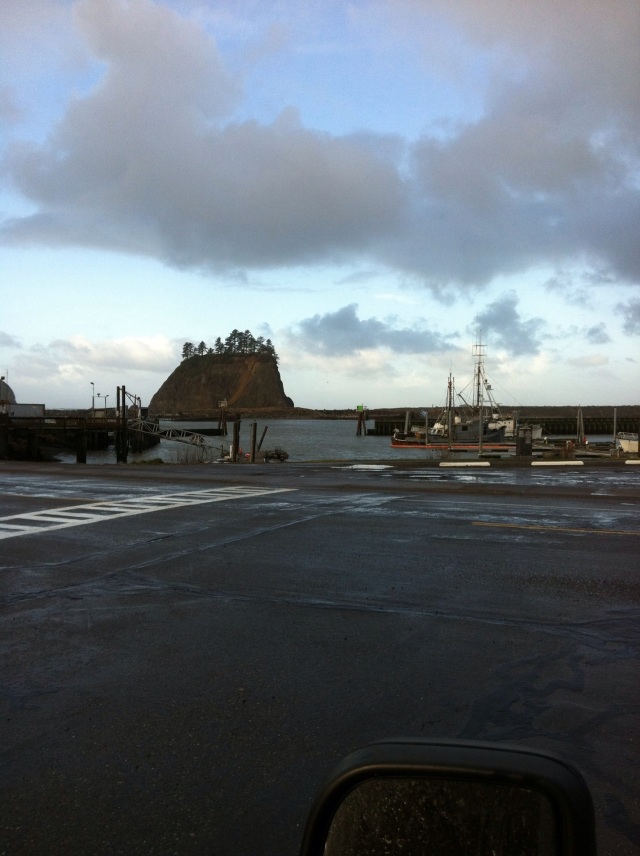 This entry was posted in Travel Logs and tagged coast in winter, Driving Washington. Bookmark the permalink.