Got up today and headed north.  Really an uneventful day, which was a welcome change from the last couple of days.  We drove through some pretty country and the day was pleasant.  A little dull though.  As I said before coastal Florida from halfway down the west side to most of the way up the east side is like one big city.  The only exception was the short trek across the Everglades and the occasional 1 or 2 mile stretch north of Daytona.  We jumped over to the barrier islands a time or two, but they were about the same except that you got a rare glimpse of the Atlantic Ocean between hotels. 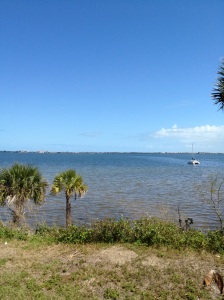 There was one interesting thing that punctuated our travel today.  A few miles south of Daytona we began seeing an inordinate number of motorcycle travelers.  As we neared Dayton it became obvious that we had arrived on some sort of motorcycle rally time in Daytona.  We also saw banners and posters at all the restaurants and bars saying “Bikers Welcome”.  We asked around and discovered that it was indeed a week long motorcycle rally held annually.  Sort of the east coast version of Sturgis, South Dakota in August. 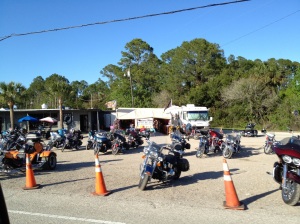 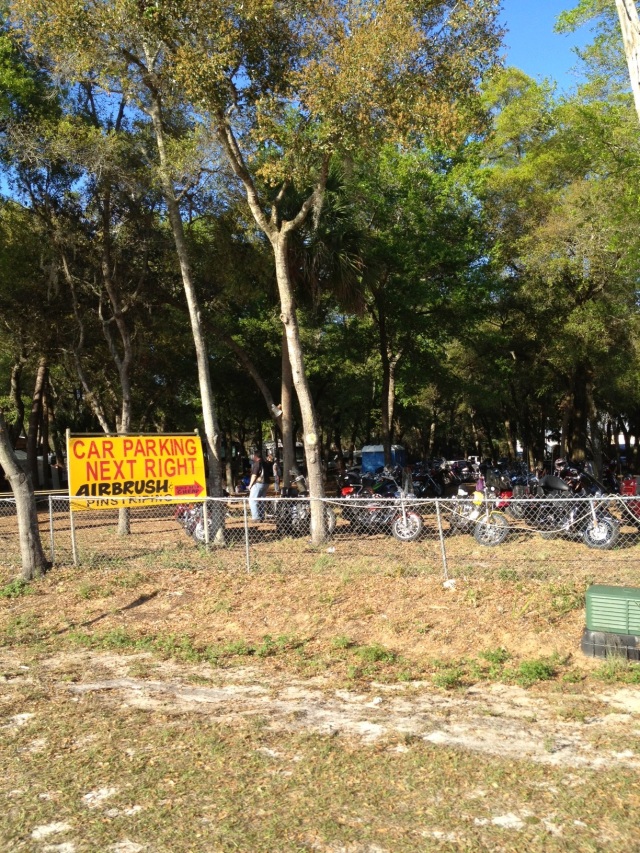 We made it to a little place about 30 miles north of Daytona called Palm Coast.  We were tired and hungry and it was dark already.  We stopped at a Cracker Barrel restaurant for dinner and discovered that they had a special RV parking area.  I looked it up on my phone and discovered that they sometimes allow RV’s to park overnight.  We asked the manager and he said it was just fine and he welcomed us there.  Wow, another possibility for free overnight parking along the journey.

Now I have to acknowledge the numerous RV parks, who do a very great job in most cases of providing a safe and clean place to stay for a fee.  But I also must say that on a 6 month long journey, it would be impossible for many of us to afford to pay every night to stay in a park.  I realize there are those who can and do pay for a place each night and I wish we could all do that.  There are, however, many people who would be unable to travel around this great nation of ours without the help of Walmarts, and K-marts, and Cracker Barrels and such.  And I add my voice of thanks to those companies who help to make this travel possible for those of us on a little tighter budget.

Well we said goodbye to Florida and hello to Georgia today.  The most striking difference we have seen so far is the switch from city to rural.  We actually saw a few log trucks after we crossed into Georgia.  Well, they were not really logs by Oregon standards, but I guess they still qualified as logs. 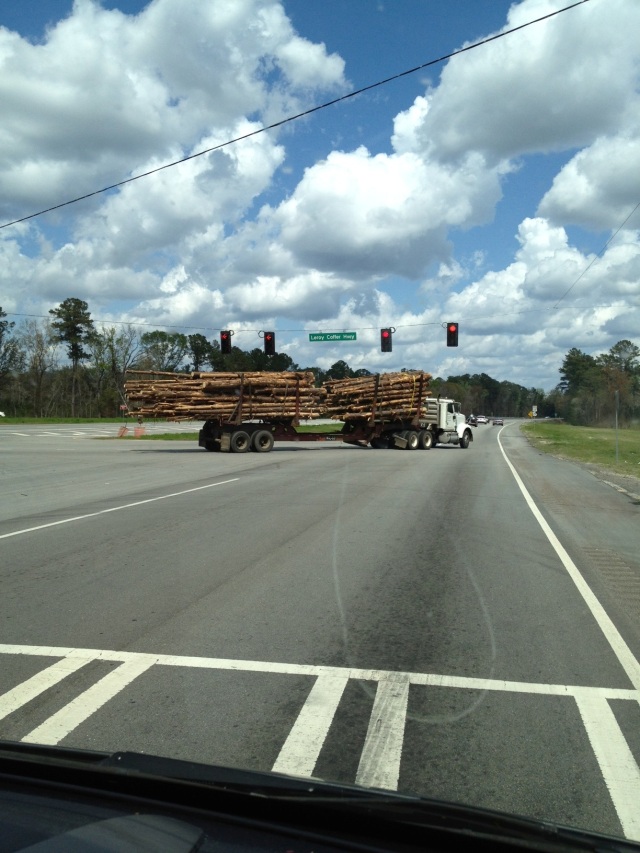 There was also one pretty cool bridge. 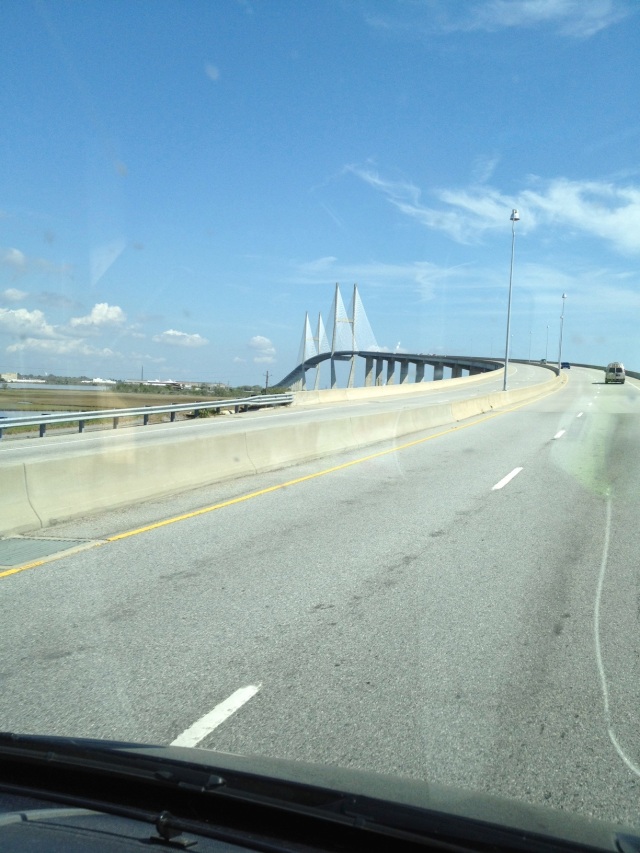 Anyway we drove to a KOA camp just south of Savanna in a place called Richmond Hill, GA.  It seems very nice, but I will give a better report in a few days.  we are staying here 3 nights so I can do 1 job and get started on another.  Saturday we will be again headed north.